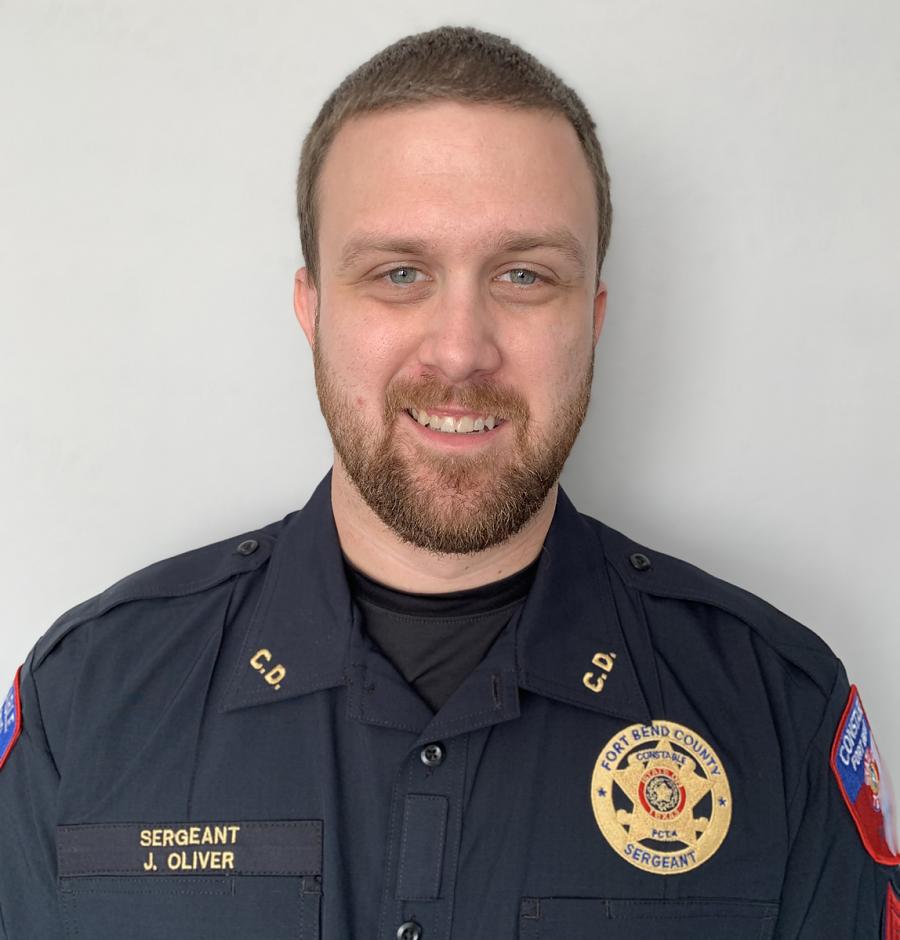 Veranda residents have enjoyed getting to know Sergeant Jason Oliver, who has been patrolling regularly in the community since this fall.

Wanting to serve and help people, Sergeant Oliver started his law enforcement career at the Fort Bend County Sheriff’s Office in 2015. He spends as much time as possible out in the community, and his duties in Veranda are to protect residents and respond to calls. He also attends as many events as he can in the community, with one of his first being the Fall Festival where he handed out candy and flyers and met many families who live in the community.

Sergeant Oliver says residents have been very welcoming, with many waving to him as he patrols the streets and even flagging him down to chat.

When not hard at work, Sergeant Oliver enjoys spending time with his family, playing sports and working on classic cars.

We want to thank Sergeant Oliver for his dedication to our community!